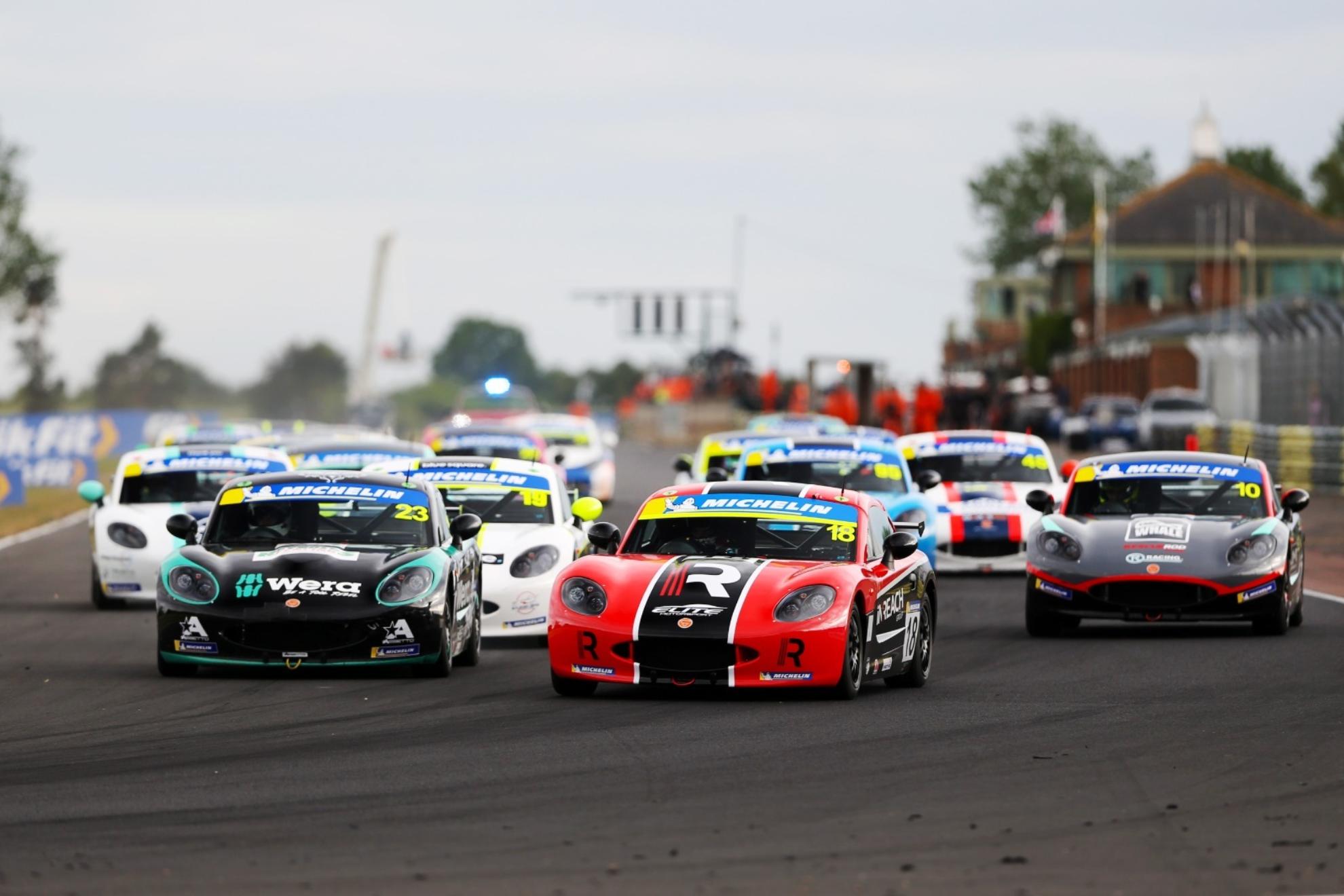 Rookie talents Sonny Smith and Will Macintyre shared the Michelin Ginetta Junior Championship race wins at Croft (25/26 June) as a double podium finish for Harri Reynolds moved him into the points lead.

Smith (R Racing) set the pace in free practice on Friday and again on Saturday, before completing a clean sweep in qualifying that evening. The rookie recorded his second pole position of the season, to add to his top spot in the Donington Park season opener.

The opening race of the weekend proved to be one of the most action-packed of the season so far, as a thrilling multi-car battle played out for the race lead. Reynolds grabbed the spot on the first lap and went on to lead the opening potion of the ace.

A fast-starting Le moved up to second initially, however he was spun back to 12th on lap three. Josh Rowledge (R Racing), the points leader heading into the weekend, and Macintyre (Elite Motorsport) went on to lead the chasing pack, before Maurice Henry (Fox Motorsport) launched into second.

Front end damage for Henry dropped him out of the lead battle in the closing stages though, with Macintyre soaking up pressure from Rowledge, Reynolds and Smith, who had been fighting back through the field after early issues dropped him to seventh.

Smith continued his charge past Reynolds and then pulled off a stunning double move around the outside of Macintyre and Rowledge through Tower bend to take the lead and ultimately the race win. Behind, drama for Rowledge two corners from the finish ended in retirement from the race.

Macintye made it a rookie one-two at the front as Reynolds completed the podium, while Luke Watts (R Racing) benefitted from the late incidents to match his seasons’ best result of fourth. He had been leading a close-fought second group of cars battling for a top six berth in the second half of the race.

That pack also included Liam McNeilly (Fox Motorsport) and Aqil Alibhai (Elite Motorsport), who ended up in the top six at the chequered flag. Ian Aguilera (R Racing) was next up as Le fought back well to eighth, while Akshay Bohra (R Racing) impressively rose from 16th to a maiden top ten result in ninth.

Joe Warhurst (Elite Motorsport) had a tough race and managed to come home 10th, having been shuffled back to 14th at one stage. Jacob Hodgkiss (Fox Motorsport) and Luca Hopkinson (R Racing) completed the top 12, the latter moving up well from 20th on the grid.

Mckenzie Douglass (Elite Motorsport) had a rollercoaster race, dropping from 11th to 22nd at one stage before fighting back to 13th ahead of Flynn McHardy (Preptech UK) in a personal best 14th, Liona Theobald (Assetto Motorsport) and Adam Brown (Ultimate Speed Racing).

The second race, also televised on ITV4, brought the weekend’s action at Croft to an end. Macintyre got the best launch off the line to leapfrog pole-sitter Reynolds into the first corner and went on to lead every lap en-route to his second win of the season and a seventh rookie class success.

Reynolds went side-by-side with Macintyre on the opening lap before having to focus his attentions on Rowledge behind. They went on to swap places through the Esses on lap five, with Rowledge eventually mounting a last lap challenge on the leader.

As they completed the podium, Le and Smith ran closely throughout as they secured rookie silverware in fourth and fifth overall respectively. McNeilly completed the top six from tenth on the grid, having enjoyed some close racing with Aguilera, Watts and Henry.

Bohra edged out Zac Meakin (Preptech UK) and Douglass to secure another top ten result. Ginetta Junior Scholarship winner Palmowski, who was unlucky in race one after her great qualifying, came home 13th ahead of James Wyres (Assetto Motorsport).

Another driver to impress in qualifying meanwhile was Ella Lloyd (Assetto Motorsport), who finished a seasons’ best 15th quickest but unfortunately suffered earl spins in both races. Shravan Shanmugavel (Elite Motorsport) picked up a best result of 17th in race one.

Full race results can be found at https://www.tsl-timing.com/event/222503

The Michelin Ginetta Junior Championship now heads into a five week summer break before heading north of the border to Knockhill in Scotland for three races (30/31 July). 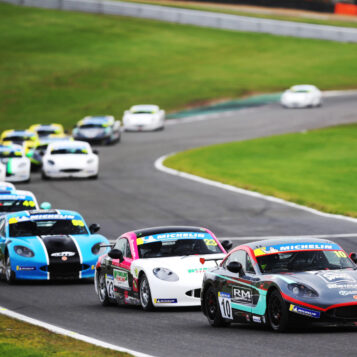 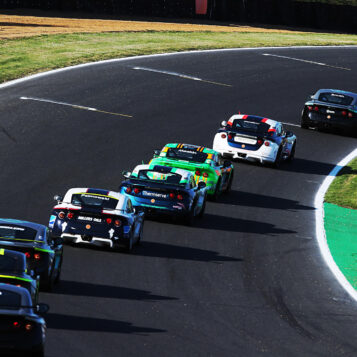